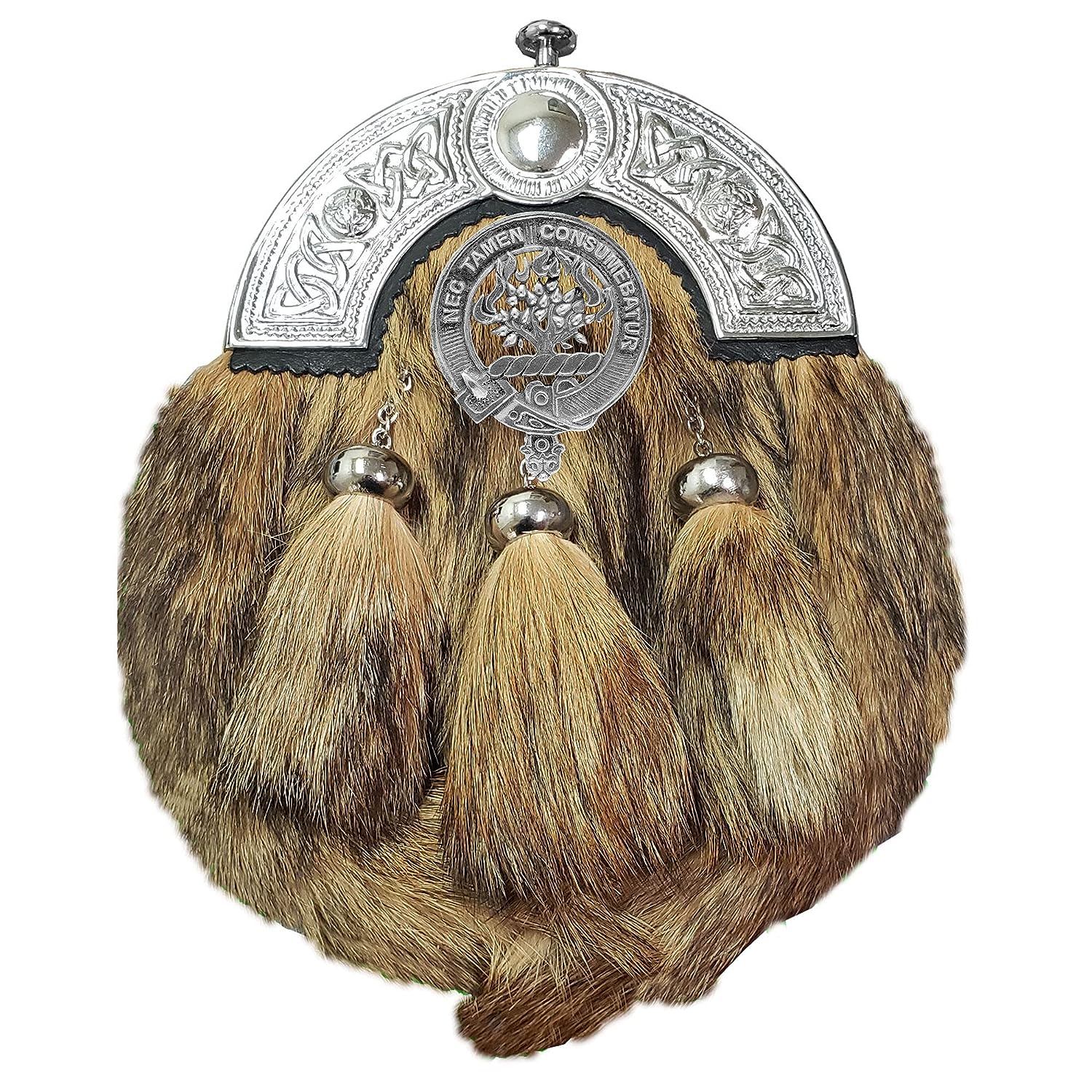 Complete your Scottish dress outfit with your unique Clan crest badge mounted on a luxurious brown fur sporran with three chain cap tassels. The metal cantle features a Celtic interlace design with your Clan badge mounted in the center. Your detailed Clan badge is custom made in your choice of high quality pewter or sterling silver.

The leather sporran is 7" wide by 9” deep and comes ready to wear with a leather strap and chain suspender sizeable to fit between a 30" and 48" waist. Keep your essentials organized and within easy reach and proudly show off your Scottish heritage.

In ancient times, the chief of the Clan presented to his clansmen his crest, surrounded by a belt and buckle design for them to wear as a symbol of their loyalty and Clan affiliation.