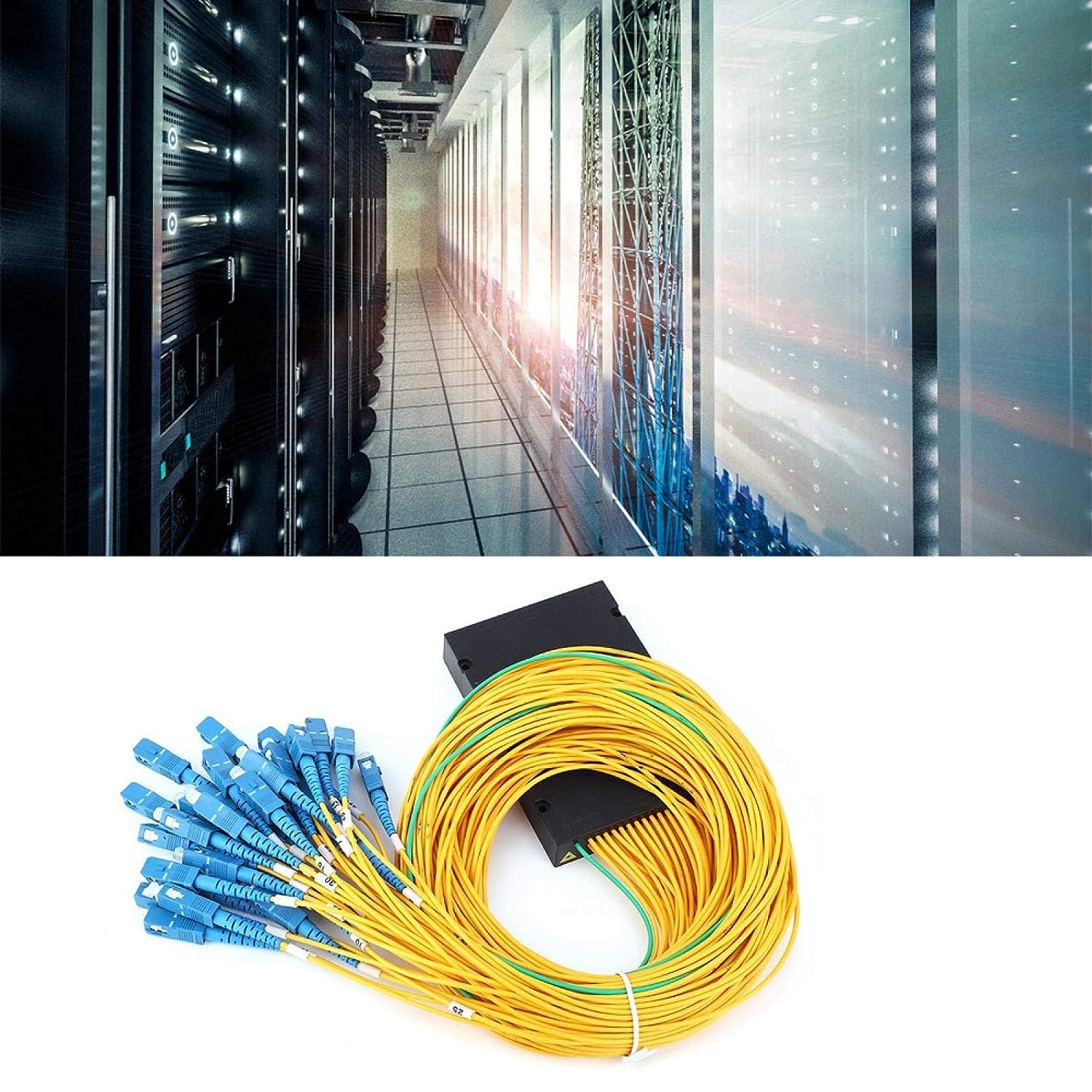 Feature:
1. This is a single mode 1 to 32 fibre PLC splitter.
2. The interface type of the splitter is SC/UPC.
3. All fibre optic structure,the environmental stability is good.
4. Applicable to home wiring, engineering projects, corporate companies, fiber-optic LAN.
5. Low insertion loss and low back reflection.